This is friends Milk Tart recipe from her grandmothers cookbook.

Send me yours if you have one I can try :) 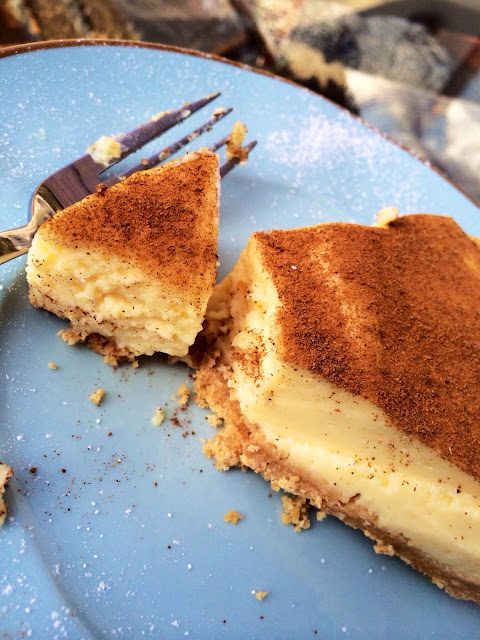 Melktert, which means "milk tart" in Afrikaans, is a South African dessert consisting of a sweet pastry crust containing a creamy filling made from milk, flour, sugar and eggs. The ratio of milk to egg is higher than in a traditional Portuguese custard tart (Pastéis de nata[1]) or Chinese egg tart, in which both was influenced by the Portuguese, resulting in a lighter texture and a stronger milk flavour. Some recipes require the custard to be baked in the crust, and others call for the custard to be prepared in advance, and then placed in the crust before serving. Cinnamon is often sprinkled over its surface. The milk used for the custard can also be infused with a cinnamon stick before preparation.

Melktert is described as a dessert that shows distinctive Dutch traits. To honour these similarities, a group of bakers in Bloemfontein has decided to create a recipe for special melkterts containing a small amount of ground tulip leaves 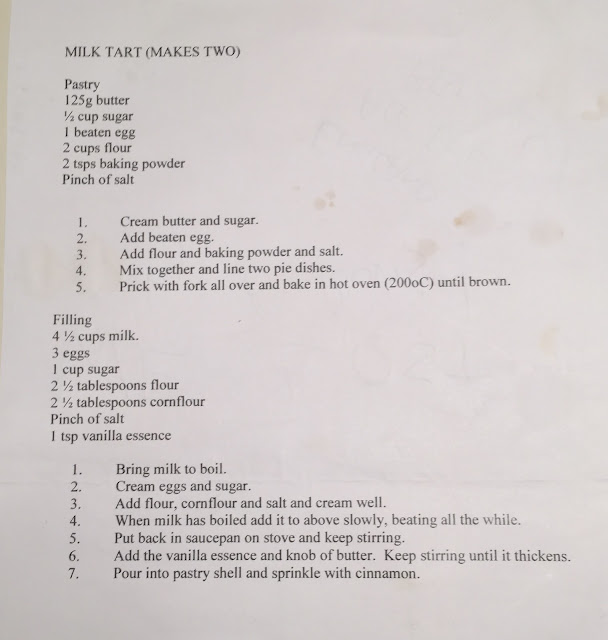 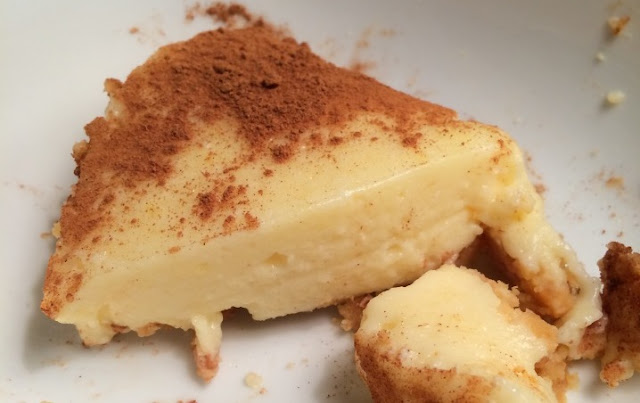