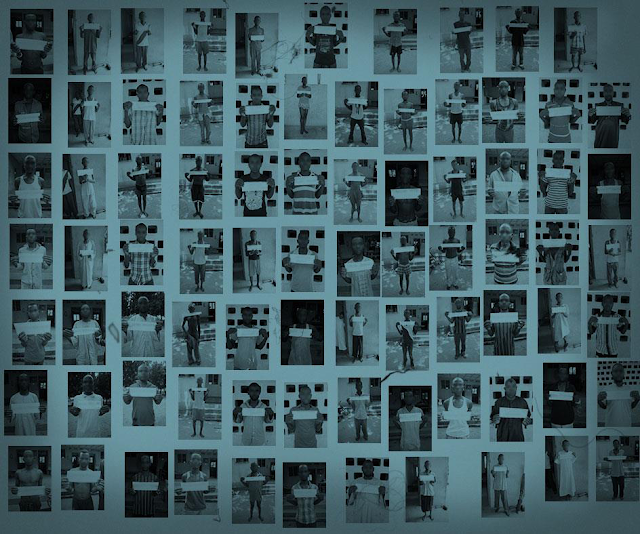 On Wednesday, Amnesty International released their report — chock-full with hundreds of interviews with former detainees, civilians, and military sources — that show that thousands were allegedly starved, suffocated, and tortured to death once detained by the military for supposedly being affiliated with terrorist organization Boko Haram.

According to the report, “[Armed forces] committed countless acts of torture; hundreds, if not thousands, of Nigerians have become victims of enforced disappearance; and at least 7,000 people have died in military detention as a result of starvation, extreme overcrowding and denial of medical assistance.”

The report is a strong answer to the International Criminal Court (ICC) initial stance that there was “insufficient evidence” connecting Nigeria’s military to atrocities targeting civilians.

The ICC’s stance prompted Amnesty International to create the report, with the human rights organization declaring, “Amnesty International believes that the evidence contained in this report and submitted separately to the ICC office of the prosecutor is sufficient to reopen this issue.” 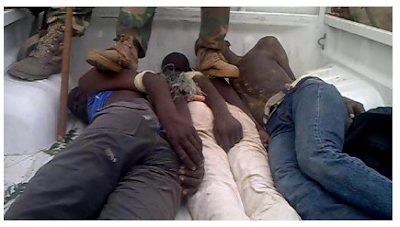 The report…also alleges that more than 1,200 people have been extrajudicially executed by soldiers or allied vigilante groups since February 2012. It claims the worst case took place on 14 March 2014 when the military killed more than 640 detainees who had fled Giwa barracks after Boko Haram attacked.
Many of these killings appear to be reprisals following attacks. A senior military official told Amnesty that soldiers “go to the nearest place and kill all the youths … people killed may be innocent and not armed.”abuse1

The military allegedly arrested at least 20,000 people — some as young as 9 years old — and detained them in cells that were uninhabitable due to poor ventilation, overcrowding, and a dearth of food and water. 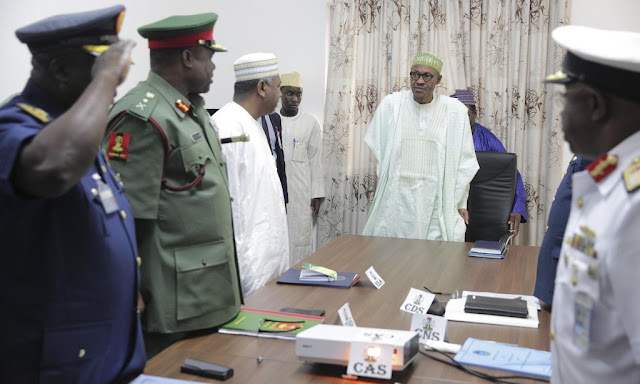 Consequently, Amnesty International alleges that 683 detainees perished in custody between October 2012 and February 2013.

The organisation also obtained evidence that in 2013, more than 4,700 bodies were brought to a mortuary from a detention facility in Giwa barracks.
A former detainee who spent four months in detention described how, on arrival, the soldiers said: “Welcome to your die house. Welcome to your place of death.” Only 11 of 122 men he was arrested with survived, he said.
Amnesty researchers also witnessed emaciated corpses in mortuaries, and one former Giwa detainee told the organisation that around 300 people in his cell died after being denied water for two days: “Sometimes we drank people’s urine, but even the urine you at times could not get.”
The conditions for prisoners in Giwa barracks and detention centres in Damaturu were allegedly so overcrowded that hundreds of detainees were packed into small cells where they had to take turns sleeping or even sitting on the floor. “Hundreds have been killed in detention either [by soldiers] shooting them or by suffocation,” a military officer told Amnesty, describing the situation in Sector Alpha detention centre, known as “Guantanamo.” Amnesty claims that on a single day, 47 detainees died there as a result of suffocation.In order to stop the spread of disease and suppress the stench associated with overcrowding, Amnesty International alleges that cells were periodically sprayed with chemicals, facilitating even more deaths.
An unnamed military official explained, “Many Boko Haram suspects died as a result of fumigation. They fumigated with the chemicals you use for killing mosquitoes. It is something very powerful. It is very dangerous.”

Many are watching to see how new President Muhammadu Buhari will handle Boko Haram, after his predecessor infamously botched the all-important task.

One of the first actions President Buhari took was to relocate the military command center from the capital of Abuja to Borno State capital Maiduguri.

President Buhari is consistently lauded for his no-nonsense and pragmatic approach to conflicts.

His decision to move the command center is unanimously seen as further cementing this perception.

On Tuesday, President Buhari met with his security chiefs for the first time (pictured), and the following day, he met with Niger and Chad to discuss changes to his Boko Haram offensive.
It remains to be seen just exactly how President Buhari will handle these nefarious accusations but Spokesman Mike Omeri remarked, “The government of Nigeria has zero tolerance of the mistreatment of citizens, especially when human rights are involved.
“When such allegations are made, the government will not hesitate to investigate. The armed forces are professional in training and conduct. Unless they are investigated we cannot accuse them of this. They are not known to be engaged in this.”