Army of God? 6 Modern-Day Christian Terrorist Groups You May Have Never Heard About

Just because they don't get as much coverage as ISIS or Boko Haram doesn’t mean that they don’t exist.

The Southern Poverty Law Center (SPLC) recently released an in-depth report on terrorism in the United States. Covering April 2009 to February 2015, the report (titled “The Age of the Wolf”) found that during that period, “more people have been killed in America by non-Islamic domestic terrorists than jihadists.” The SPLC asserted that “the jihadist threat is a tremendous one,” pointing out that al-Qaeda’s attacks of September 11, 2001 remain the deadliest in U.S. history. But the study also noted that the second deadliest was carried out not by Islamists, but by Timothy McVeigh in Oklahoma City on April 19, 1995—and law enforcement, the SPLC stressed, are doing the public a huge disservice if they view terrorism as an exclusively Islamist phenomenon.

The report, in a sense, echoed the assertions that President Barack Obama made when he spoke at the National Prayer Breakfast in February and stressed that Muslims don’t have the market cornered on religious extremism. In the minds of far-right Republicans, Obama committed the ultimate sin by daring to mention that Christianity has a dark side and citing the Crusades and the Spanish Inquisition as two examples from the distant past. Obama wasn’t attacking Christianity on the whole but rather, was making the point that just as not all Christians can be held responsible for the horrors of the Inquisition, not all Muslims can be blamed for the violent extremism of ISIS (the Islamic State, Iraq and Syria), the Taliban, al-Qaeda or Boko Haram. But Obama certainly didn’t need to look 800 or 900 years in the past to find examples of extreme Christianists committing atrocities. Violent Christianists are a reality in different parts of the world—including the United States—and the fact that the mainstream media don’t give them as much coverage as ISIS or Boko Haram doesn’t mean that they don’t exist.

Below are six extreme Christianist groups that have shown their capacity for violence and fanaticism. 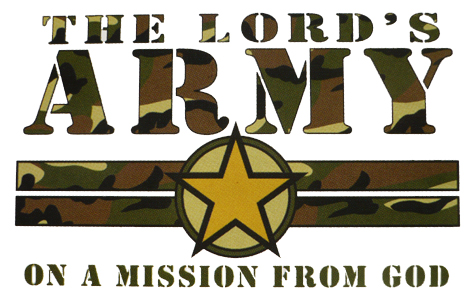 A network of violent Christianists that has been active since the early 1980s, the Army of God openly promotes killing abortion providers—and the long list of terrorists who have been active in that organization has included Paul Jennings Hill (who was executed by lethal injection in 2003 for the 1994 killings of abortion doctor John Britton and his bodyguard James Barrett), John C. Salvi (who killed two receptionists when he attacked a Planned Parenthood clinic in Brookline, Massachusetts in 1994) and Eric Rudolph, who is serving life in prison for his role in the Olympic Park bombing in Atlanta in 1996 and other terrorist acts. Rudolph, in fact, has often been exalted as a Christian hero on the Army of God’s website, as have fellow Army of God members such as Scott Roeder (who is serving life without parole for murdering Wichita, Kansas-based abortion doctor George Tiller in 2009), Shelley Shannon (who attempted to kill Tiller in 2003) and Michael Frederick Griffin (who is serving a life sentence for the 1993 killing of Dr. David Gunn, an OB-GYN, in Pensacola, Florida).

Although primarily an anti-abortion organization, the Army of God also has a history of promoting violence against gays. And one of the terrorist acts that Rudolph confessed to was bombing a lesbian bar in Atlanta in 1997.

2. Eastern Lightning, a.k.a. the Church of the Almighty God 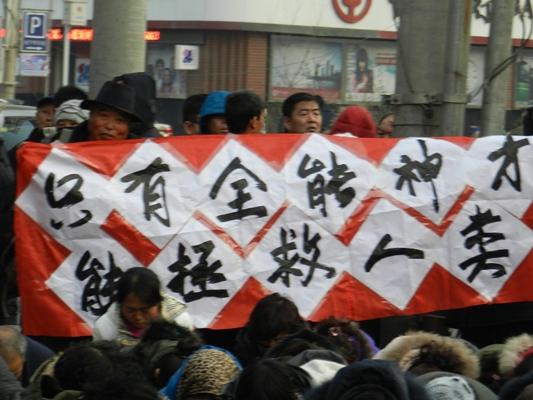 Founded in Henan Province, China in 1990, Eastern Lightning (also known as the Church of the Almighty God or the Church of the Gospel’s Kingdom) is a Christianist cult with an end-time/apocalypse focus: Eastern Lightning believes that the world is coming to an end, and in the meantime, its duty is to slay as many demons as possible. While most Christianists have an extremely patriarchal viewpoint (much like their Islamist counterparts) and consider women inferior to men, Eastern Lightning believe that Jesus Christ will return to Earth in the form of a Chinese woman. But they are quite capable of violence against women: in May 2014, for example, members of the cult beat a 37-year-old woman named Wu Shuoyan to death in a McDonalds in Zhaoyuan, China when she refused to give them her phone number. Eastern Lightning members Zhang Lidong and his daughter, Zhang Fan, were convicted of murder for the crime and executed in February. In a 2014 interview in prison, Lidong expressed no remorse when he said of Shuoyan, “I beat her with all my might and stamped on her too. She was a demon. We had to destroy her.”

Eastern Lightning’s other acts of violence have ranged from the killing of a grammar school student in 2010 (in retaliation, police believe, for one of the child’s relatives wanting to leave the cult) to cult member Min Yongjun using a knife to attack an elderly woman and a group of schoolchildren in Chenpeng in 2012. Christian groups are not exempt from Eastern Lightning’s fanaticism: in 2002, cult members kidnapped 34 members of a Christian group called the China Gospel Fellowship and held them captive for two months in the hope of forcing them to join their cult. Although mainly active in the communist People’s Republic of China, Eastern Lighting has been trying to expand its membership in Hong Kong. 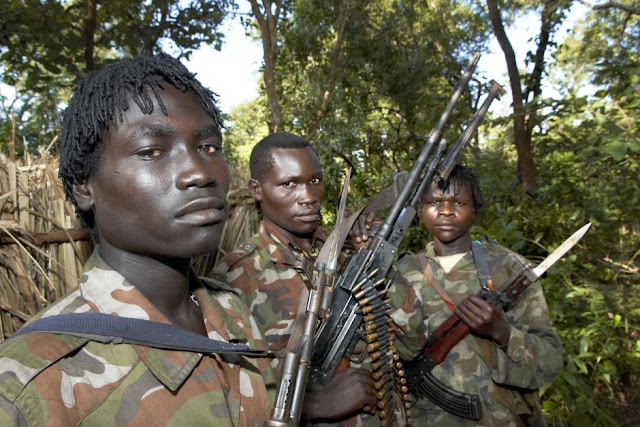 The mainstream media have had much to say about the Islamist brutality of Boko Haram, but one terrorist group they haven’t paid nearly as much attention to is the Lord’s Resistance Army—which was founded by Joseph Kony (a radical Christianist) in Uganda in 1987 and has called for the establishment of a severe Christian fundamentalist government in that country. The LRA, according to Human Rights Watch, has committed thousands of killings and kidnappings—and along the way, its terrorism spread from Uganda to parts of the Congo, the Central African Republic (CAR) and South Sudan. The word “jihadist” is seldom used in connection with the LRA, but in fact, the LRA’s tactics are not unlike those of ISIS or Boko Haram. And the governments Kony hopes to establish in Sub-Saharan Africa would implement a Christianist equivalent of Islamic Sharia law.


4. The National Liberation Front of Tripura 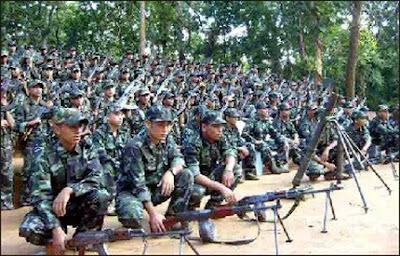 India is not only a country of Hindus and Sikhs, but also, of Muslims, Buddhists, Catholics and Protestants. Most of India’s Christians are peaceful, but a major exception is the National Liberation Front of Tripura (NLFT). Active in the state of Tripura in Northeastern India since 1989, NLFT is a paramilitary Christianist movement that hopes to secede from India and establish a Christian fundamentalist government in Tripura. NLFT has zero tolerance for any religion other than Christianity, and the group has repeatedly shown a willingness to kill, kidnap or torture Hindus who refuse to be converted to its extreme brand of Protestant fundamentalism.
In 2000, NLFT vowed to kill anyone who participated in Durga Puja (an annual Hindu festival) And in May 2003, at least 30 Hindus were murdered during one of NLFT’s killing sprees. 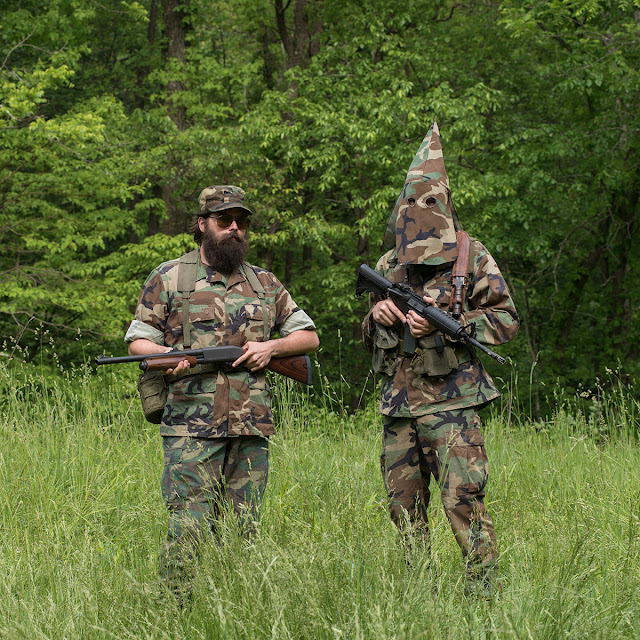 White supremacist groups don’t necessarily have a religious orientation: some of them welcome atheists as long as they believe in white superiority. But the Christian Identity movement specifically combines white supremacist ideology with Christianist terrorism, arguing that violence against non-WASPs is ordained by God and that white Anglo Saxon Protestants are God’s chosen people. The modern Christian Identity movement in the U.S. has been greatly influenced by the Ku Klux Klan—an organization that has committed numerous acts of terrorism over the years—and in the 1970s, new Christian Identity groups like the Aryan Nations and the Covenant, the Sword and the Arm of the Lord (CSA) emerged. Another Christian Identity group of recent decades has been the Phineas Priesthood, whose members have been involved in violent activities ranging from abortion clinic bombings to bank robberies (mainly in the Pacific Northwest). On November 28, 2014, Phineas Priesthood member Larry Steven McQuilliams went on a violent rampage in Austin, Texas—where he fired over 100 rounds at various targets (including a federal courthouse, the local Mexican Consulate building and a police station) before being shot and killed by police. 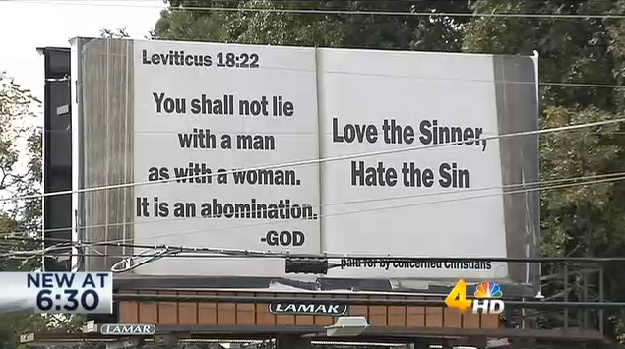 One of the ironic things about some Christianists is the fact that although they believe that Jews must be converted to Christianity, they consider themselves staunch supporters of Israel. And some of them believe in violently forcing all Muslims out of Israel. The Concerned Christians, a Christianist doomsday cult that was founded by pastor Monte “Kim” Miller in Denver in the 1980s, alarmed Colorado residents when, in 1998, at least 60 of its members suddenly quit their jobs, abandoned their homes and went missing—and it turned out there was reason for concern. In 1999, Israeli officials arrested 14 members of the Concerned Christians in Jerusalem and deported them from Israel because they suspected them of plotting terrorist attacks against Muslims. One likely target, according to Israeli police, was Jerusalem’s al-Aqsa Mosque—the same mosque that was targeted in 1969 (when a Christianist from Australia named Denis Michael Rohan unsuccessfully tried to destroy it by arson) and, Israeli police suspect, was a likely target in 2014 (when Adam Everett Livix, a Christianist from Texas, was arrested by Israeli police on suspicion of plotting to blow up Muslim holy sites in Jerusalem).

In 2008, Denver’s KUSA-TV (an NBC affiliate) reported that members of the Concerned Citizens had gone into hiding and that Miller hadn’t been seen in ten years. 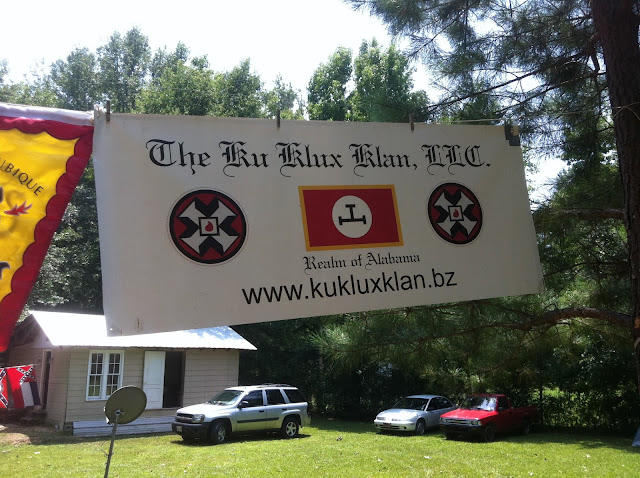 The "Christian Identity" church should also be mentioned. Many KKK members are also members of this group, which believes that white supremacy is taught in the Bible. Klan websites often have "Bible Study" links where they say that black people are nothing more the "beast of the field." In their literature on "why I am a member of the KKK," they list number one "because I believe in Jesus Christ." But, one thing for sure, Southern fundamentalism will never condemn their violent acts or for identifying their actions with the Christian faith.

INTOLERANCE OF, DISCRIMINATION AGAINST, AND THE DEATH PENALTY FOR