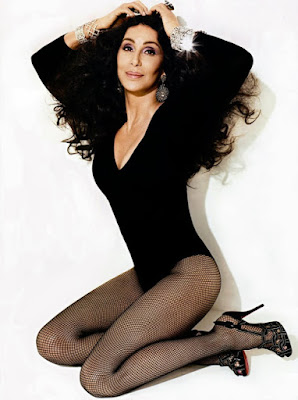 #1 hit American recording artist, Emmy-award winning television personality, award-winning actress, director, record producer and philanthropist. Referred to as the Goddess of Pop,she has won an Academy Award, a Grammy Award, an Emmy Award, three Golden Globes and a Cannes Film Festival Award among others for her work in film, music and television. She is the only person in history to have received all of these awards. Cher began her career as a backup singer and later came to prominence as one half of the pop rock duo Sonny & Cher with the success of their song "I Got You Babe" in 1965. She subsequently established herself as a solo recording artist, and became a television star in 1971 with The Sonny and Cher Comedy Hour, a variety show for which she won a Golden Globe. A well received performance in the film Silkwood earned her a nomination for the Academy Award for Best Supporting Actress in 1984. In the following years, Cher starred in a string of hit films[6] including Mask, The Witches of Eastwick, and Moonstruck, for which she won the Academy Award for Best Actress in 1988. 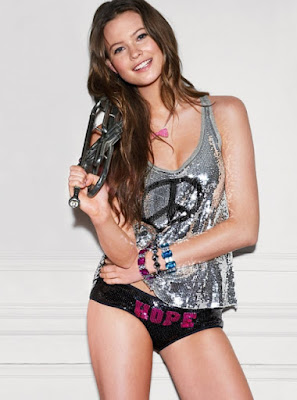 Namibian model.[1] She is known for her work as spokesmodel for the Victoria's Secret sub-brand Pink. 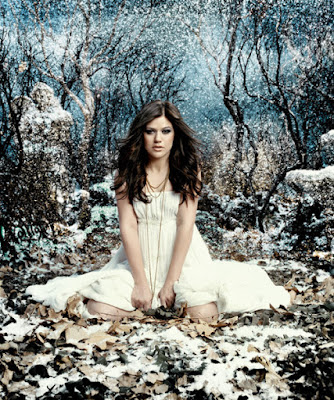 American pop rock singer-songwriter and actress. Clarkson rose to fame after winning the inaugural season of the television series American Idol in 2002 and would later become the runner-up in the television special World Idol in 2003. 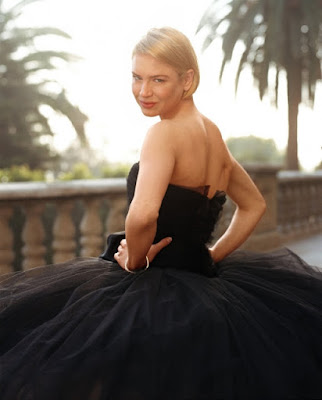 American actress and producer. Zellweger first gained widespread attention for her role in the film Jerry Maguire (1996), and subsequently received two nominations for the Academy Award for Best Actress for her roles as Bridget Jones in the comedy Bridget Jones's Diary (2001) (which she reprised in its sequel Bridget Jones: The Edge of Reason (2004)), and as Roxie Hart in the musical Chicago (2002). She won the Academy Award for Best Supporting Actress for her performance in the drama Cold Mountain (2003). 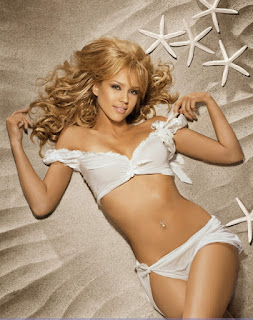 American television and film actress. She began her television and movie appearances at age 13 in Camp Nowhere and The Secret World of Alex Mack (1994). Alba rose to prominence as the lead actress in the television series Dark Angel (2000–2002). Alba later appeared in various films including Honey (2003), Sin City (2005), Fantastic Four (2005), Into the Blue (2005), Fantastic Four: Rise of the Silver Surfer and Good Luck Chuck both in 2007 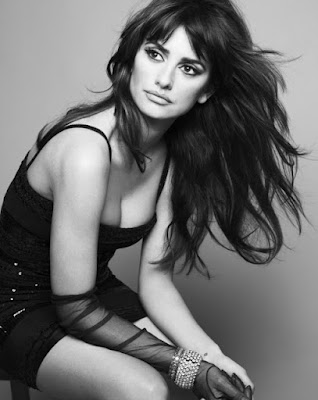 Spanish actress. Signed by an agent at age 15, she made her acting debut at 16 on television and her feature film debut the following year in Jamón, jamón (1992), to critical acclaim. Her subsequent roles in the 1990s and 2000s included Open Your Eyes (1997), The Hi-Lo Country (1999), The Girl of Your Dreams (2000) and Woman on Top (2000). Cruz achieved recognition for her lead roles in Vanilla Sky and Blow. Both films were released in 2001 and were commercially successful worldwide. 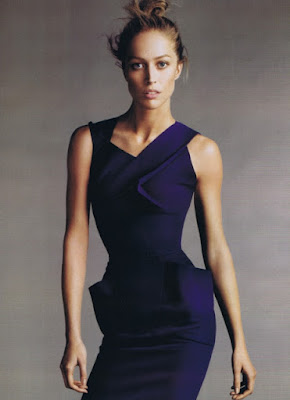 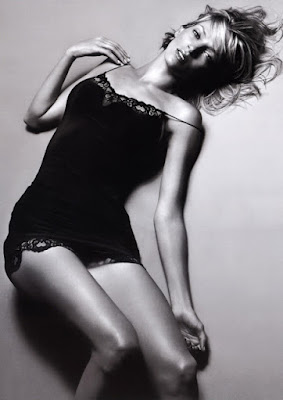 American actress. She has performed in leading roles in a variety of films, ranging from romantic comedies and dramas to science fiction and action movies. Among her best-known roles are those in the Quentin Tarantino films Pulp Fiction (for which she received an Oscar nomination) and Kill Bill. In 2002 she won a Golden Globe Award for her performance in Hysterical Blindness. 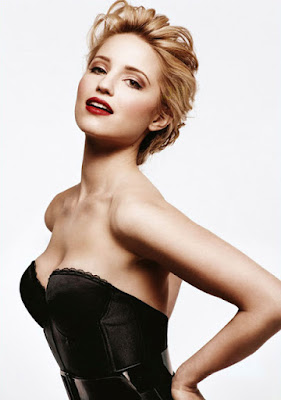 American actress, singer, producer, director and screenwriter, best known for her portrayal of Quinn Fabray on the television series Glee 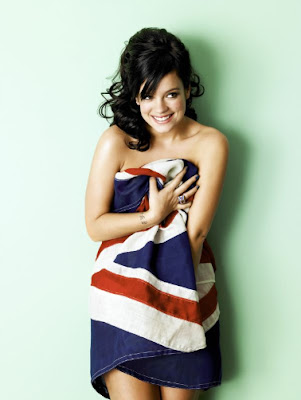 English recording artist and talk show host. She is the daughter of actor and musician Keith Allen and film producer 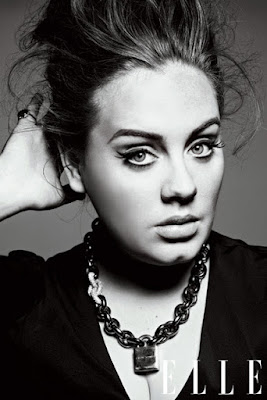 Adele, is an English singer-songwriter. She was the first recipient of the BRIT Awards Critics' Choice and was named the number-one predicted breakthrough act of 2008 in an annual BBC poll of music critics, Sound of 2008. In 2009, Adele won two Grammy Awards, Best New Artist and Best Female Pop Vocal Performance, at the 51st Grammy Awards 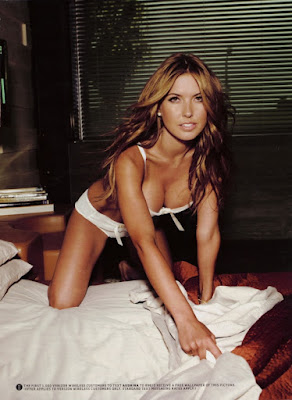 American television personality, actress, and model. She is known for being one of the four original primary cast members featured on the MTV reality series The Hills. She also hosts The Talent Contest Network, YOBI.tv,and has starred in the films Sorority Row and Into The Blue 2. 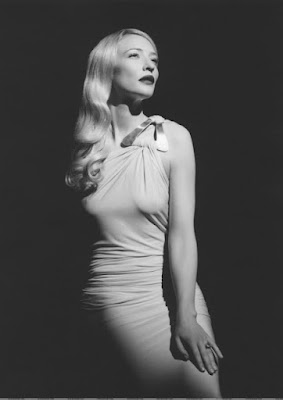 Australian actress and theatre director. She has won multiple acting awards, most notably two SAGs, two Golden Globe Awards, two BAFTAs, and an Academy Award, as well as the Volpi Cup at the 64th Venice International Film Festival. Blanchett earned five Academy Award nominations between 1998 and 2007.Blanchett came to international attention for her role as Elizabeth I of England in the 1998 film Elizabeth, directed by Shekhar Kapur. 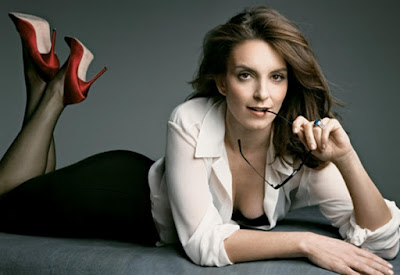 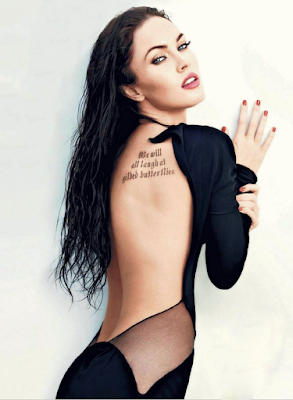 American actress and model. She began her acting career in 2001 with several minor television and film roles, and played a recurring role on Hope & Faith. In 2004, she launched her film career with a role in Confessions of a Teenage Drama Queen. In 2007, she was cast as Mikaela Banes, the love interest of Shia LaBeouf's character in the blockbuster film Transformers which became her breakout role. Fox reprised her role in the 2009 sequel, Transformers: Revenge of the Fallen. Later in 2009, she starred as the titular lead character in the film Jennifer's Body. 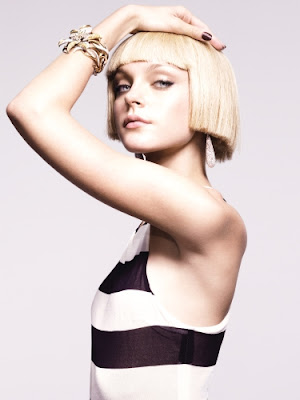 Fashion designer Marc Jacobs created The Marc Jacobs Stam, a bag inspired by and named after her. For the Victoria's Secret Fashion Show in 2006 she opened the fourth runway theme "Pink". The appearance also included a featurette showing a Victoria's Secret commercial shoot and what a model sees when walking the runway. In the January 2006, she appeared in the Rochas ad campaign, shot and directed by Bruno Aveillan. 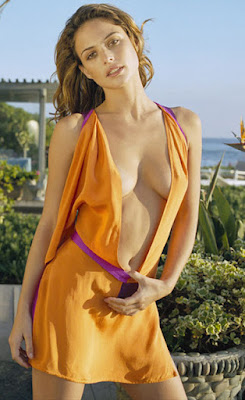 American model and actress. In 2004, she appeared in three films - as a French model in Little Black Book, as one of Dracula's brides, Marishka, in Van Helsing, and briefly as a cigarette girl in The Aviator.