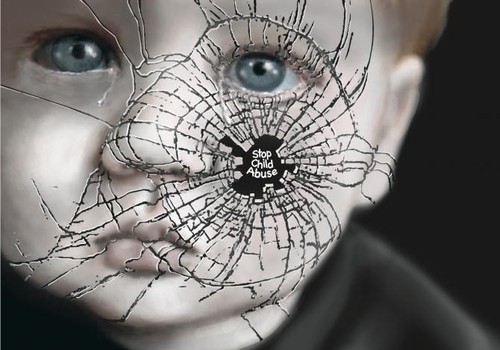 “To terrify children with the image of hell, to consider women an inferior creation—is that good for the world?”
― Christopher Hitchens

“I ...understand how a parent might hit a child- it's because you can look into their eyes and see a reflection of yourself that you wish you hadn't.”
― Jodi Picoult, My Sister's Keeper


“Many abused children cling to the hope that growing up will bring escape and freedom.
But the personality formed in the environment of coercive control is not well adapted to adult life. The survivor is left with fundamental problems in basic trust, autonomy, and initiative. She approaches the task of early adulthood――establishing independence and intimacy――burdened by major impairments in self-care, in cognition and in memory, in identity, and in the capacity to form stable relationships.
She is still a prisoner of her childhood; attempting to create a new life, she reencounters the trauma.”
― Judith Lewis Herman, Trauma and Recovery 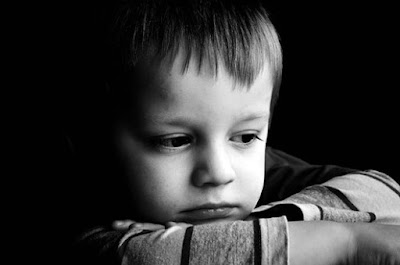 “Abuse manipulates and twists a child’s natural sense of trust and love. Her innocent feelings are belittled or mocked and she learns to ignore her feelings. She can’t afford to feel the full range of feelings in her body while she’s being abused—pain, outrage, hate, vengeance, confusion, arousal. So she short-circuits them and goes numb. For many children, any expression of feelings, even a single tear, is cause for more severe abuse. Again, the only recourse is to shut down. Feelings go underground.”
― Laura Davis, Allies in Healing: When the Person You Love Is a Survivor of Child Sexual Abuse

“Faith is why I'm here today and faith is why I made it through.”
― Jonathan Anthony Burkett, Neglected But Undefeated: The Life Of A Boy Who Never Knew A Mother's Love 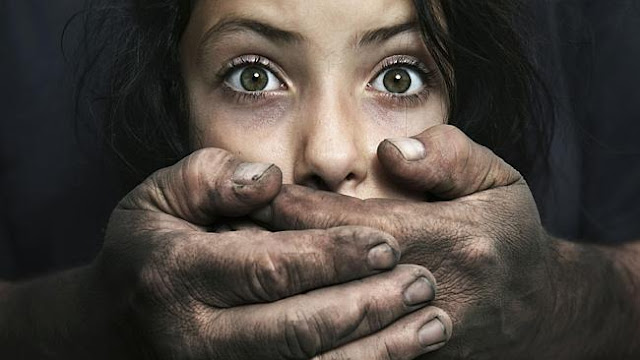 “Betrayal is too kind a word to describe a situation in which a father says he loves his daughter but claims he must teach her about the horrors of the world in order to make her a stronger person; a situation in which he watches or participates in rituals that make her feel like she is going to die. She experiences pain that is so intense that she cannot think; her head spins so fast she can't remember who she is or how she got there.

All she knows is pain. All she feels is desperation. She tries to cry out for help, but soon learns that no one will listen. No matter how loud she cries, she can't stop or change what is happening. No matter what she does, the pain will not stop. Her father orders her to be tortured and tells her it is for her own good. He tells her that she needs the discipline, or that she has asked for it by her misbehavior. Betrayal is too simple a word to describe the overwhelming pain, the overwhelming loneliness and isolation this child experiences.

As if the abuse during the rituals were not enough, this child experiences similar abuse at home on a daily basis. When she tries to talk about her pain, she is told that she must be crazy. "Nothing bad has happened to you;' her family tells her Each day she begins to feel more and more like she doesn't know what is real. She stops trusting her own feelings because no one else acknowledges them or hears her agony. Soon the pain becomes too great. She learns not to feel at all. This strong, lonely, desperate child learns to give up the senses that make all people feel alive. She begins to feel dead.
She wishes she were dead. For her there is no way out. She soon learns there is no hope.

As she grows older she gets stronger. She learns to do what she is told with the utmost compliance. She forgets everything she has ever wanted. The pain still lurks, but it's easier to pretend it's not there than to acknowledge the horrors she has buried in the deepest parts of her mind. Her relationships are overwhelmed by the power of her emotions. She reaches out for help, but never seems to find what she is looking for The pain gets worse. The loneliness sets in. When the feelings return, she is overcome with panic, pain, and desperation.

She is convinced she is going to die. Yet, when she looks around her she sees nothing that should make her feel so bad. Deep inside she knows something is very, very wrong, but she doesn't remember anything. She thinks, "Maybe I am crazy.”
― Margaret Smith, Ritual Abuse: What it is, Why it Happens, and How to Help 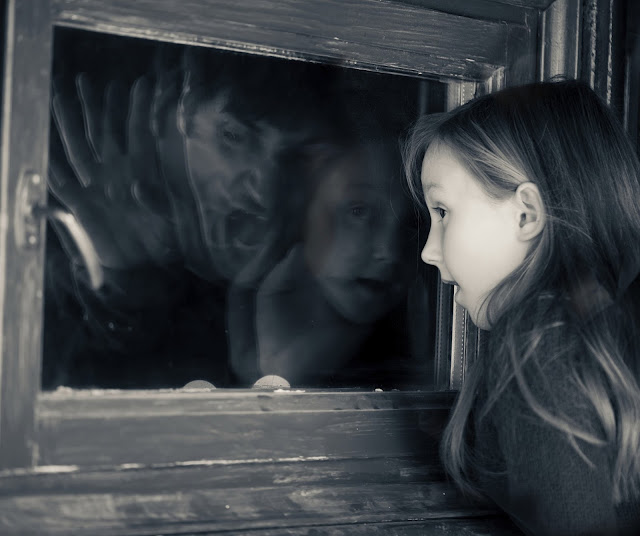 “Don’t turn your face away.
Once you’ve seen, you can no longer act like you don’t know.
Open your eyes to the truth. It’s all around you.
Don’t deny what the eyes to your soul have revealed to you.

Now that you know, you cannot feign ignorance.
Now that you’re aware of the problem, you cannot pretend you don’t care.
To be concerned is to be human.
To act is to care.”
― Vashti Quiroz-Vega

“Violators cannot live with the truth: survivors cannot live without it. There are those who still, once again, are poised to invalidate and deny us. If we don't assert our truth, it may again be relegated to fantasy. But the truth won't go away. It will keep surfacing until it is recognized. Truth will outlast any campaigns mounted against it, no matter how mighty, clever, or long. It is invincible. It's only a matter of which generation is willing to face it and, in so doing, protect future generations from ritual abuse.”
― Chrystine Oksana, Safe Passage to Healing: A Guide for Survivors of Ritual Abuse

It is not difficult to understand how children who have suffered from malnutrition or starvation need food and plenty of care in their bodies are to recover so they can go on to lead normal lives. If, however, the starvation is severe enough, the damage will be permanent and they will suffer physical impairments for the rest of their lives. Likewise, children who are deprived of emotional nurturing require care and love if their sense of security and self-confidence is to be restored. However, if love is minimal and abuse high, the damage will be permanent and the children will suffer emotional impairments for the rest of their lives.”
― Mark Z. Danielewski

“She still remembered sitting for hours as a little girl and pretending to be a hassock. A foot stool. Because if she could just stay very small, and very quiet, her mother would forget she was there, and then she wouldn't scream about people and places and things that had gone wrong.”
― Eloisa James, An Affair Before Christmas

“The return of the voices would end in a migraine that made my whole body throb. I could do nothing except lie in a blacked-out room waiting for the voices to get infected by the pains in my head and clear off.

Knowing I was different with my OCD, anorexia and the voices that no one else seemed to hear made me feel isolated, disconnected. I took everything too seriously. I analysed things to death. I turned every word, and the intonation of every word over in my mind trying to decide exactly what it meant, whether there was a subtext or an implied criticism. I tried to recall the expressions on people’s faces, how those expressions changed, what they meant, whether what they said and the look on their faces matched and were therefore genuine or whether it was a sham, the kind word touched by irony or sarcasm, the smile that means pity.
When people looked at me closely could they see the little girl in my head, being abused in those pornographic clips projected behind my eyes?
That is what I would often be thinking and such thoughts ate away at the façade of self-confidence I was constantly raising and repairing.

“The fact is, the man who’d begotten me didn’t want me. In his eyes I should never have been born. And perhaps that would’ve been best. As it was, my existence had proven to be nothing more than a nuisance for everyone. I angered my father, brought strife upon my mother, irritated my teachers, and annoyed the other children who were forced to interact with me in school. All by simply being.

When you aren’t loved, you aren’t real. Life is cold, like the stone against my palm.”
― Richelle E. Goodrich, Dandelions: The Disappearance of Annabelle Fancher

“If you say there is no such thing as morality in absolute terms, then child abuse is not evil, it just may not happen to be your thing.”
― Rebecca Manley Pippert

“As a child abuse and neglect therapist I do battle daily with Christians enamored of the Old Testament phrase "Spare the rod and spoil the child." No matter how far I stretch my imagination, it does not stretch far enough to include the image of a cool dude like Jesus taking a rod to a kid.”
― Chris Crutcher, King of the Mild Frontier: An Ill-Advised Autobiography

“By developing a contaminated, stigmatized identity, the child victim takes the evil of the abuser into herself and thereby preserves her primary attachments to her parents. Because the inner sense of badness preserves a relationship, it is not readily given up even after the abuse has stopped; rather, it becomes a stable part of the child's personality structure.”
― Judith Lewis Herman, Trauma and Recovery

“He said when the Lord made people He made them all the same for starters. But life marks people. If you know the way, you can read them like maps.”
― Andrew Vachss, Blue Belle 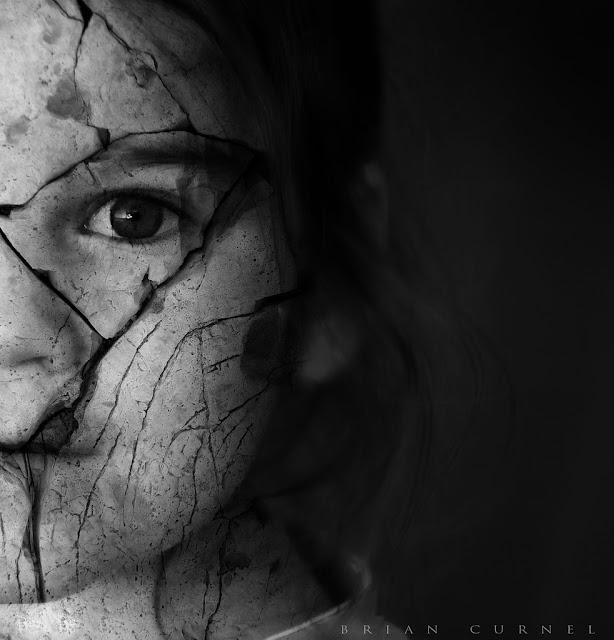 “THOSE WHO SAID IT CAN'T BE DONE...SHOULDN'T GET IN MY WAY WHILE I'M DOING IT!”
― Rosetta D. Hoessli, Falling Through Ice

“Forgiveness is created by the restitution of the abuser; of the wrongdoer. It is not something to be squeeeeeezed out of the victim in a further act of conscience-corrupting abuse.”
― Stefan Molyneux

“When Benedict dies, he will have the pleasure of standing before whatever furious God he believes in, to answer for how it was that he knew for undeniable fact that one -- if not dozens -- of his priests repeatedly molested, abused and/or raped young children for decades, and he did nothing to stop it. How much does God believe the pope's argument that Vatican PR trumps pedophilia? Joe Ratzinger, 82, will soon find out.”
― Mark Morford

“Without realizing it, I fought to keep my two worlds separated. Without ever knowing why, I made sure, whenever possible that nothing passed between the compartmentalization I had created between the day child and the night child.
p26”
― Marilyn Van Derbur, Miss America By Day: Lessons Learned From Ultimate Betrayals And Unconditional Love

“It is, after all, far too easy to pinch and kick the bizarre Mormon Church; to say it's ripe for satire and parody is to say a Catholic schoolgirl is ripe for debauchery. It's like shooting polygamist fish in a barrel of coffee.”
― Mark Morford 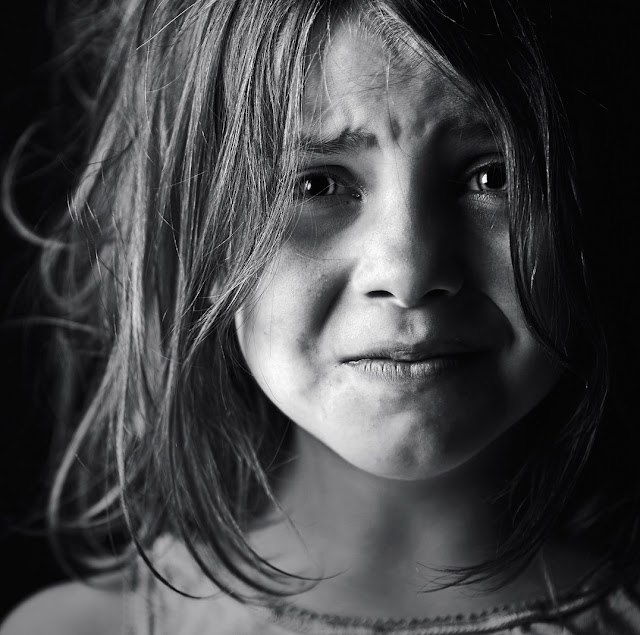 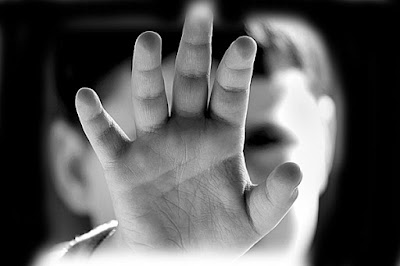 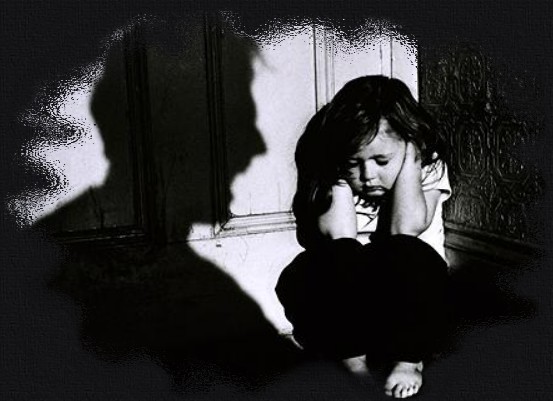 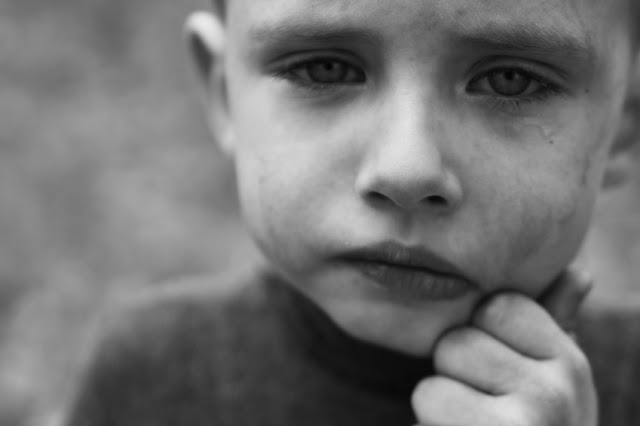 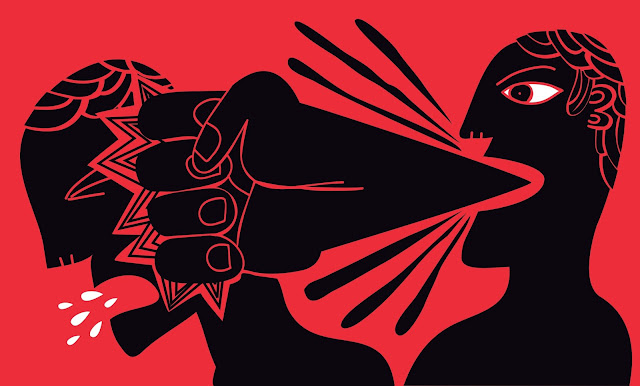 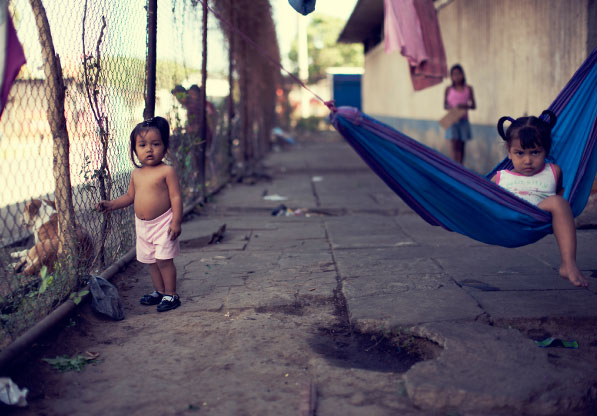 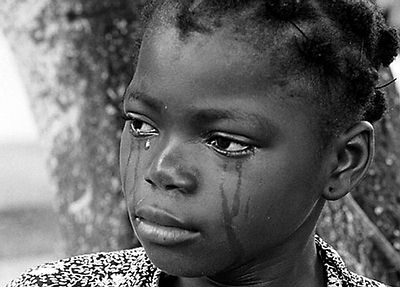 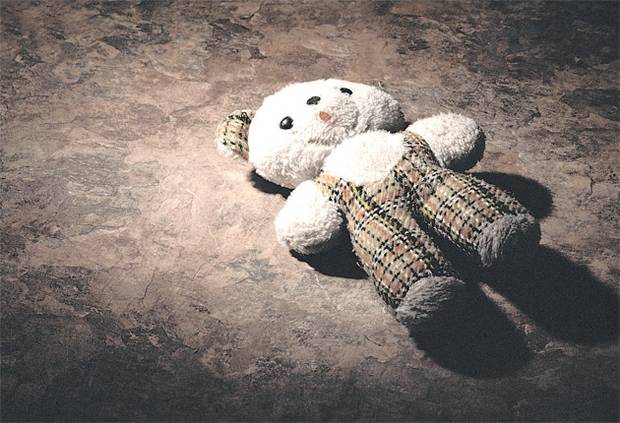 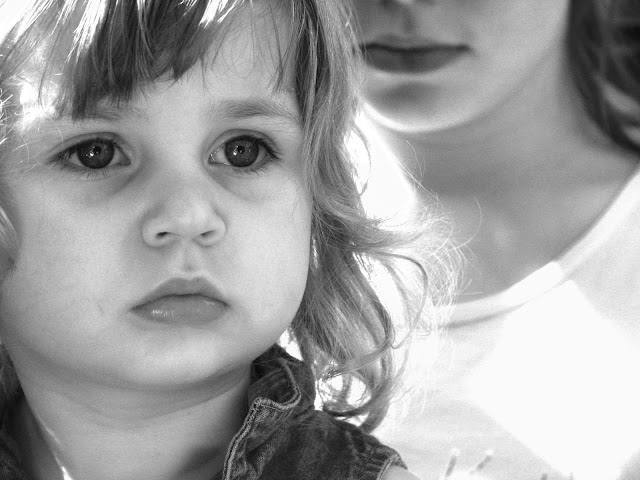 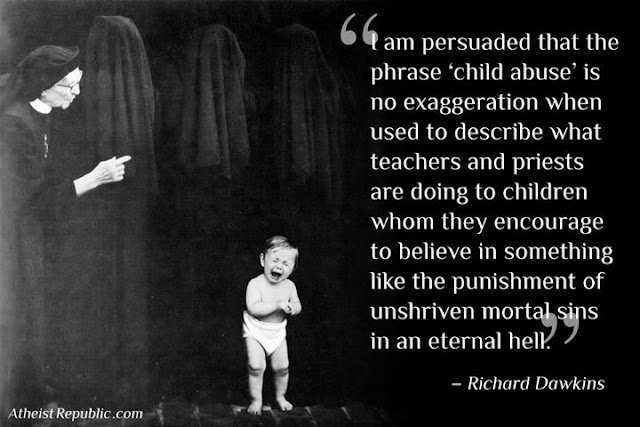 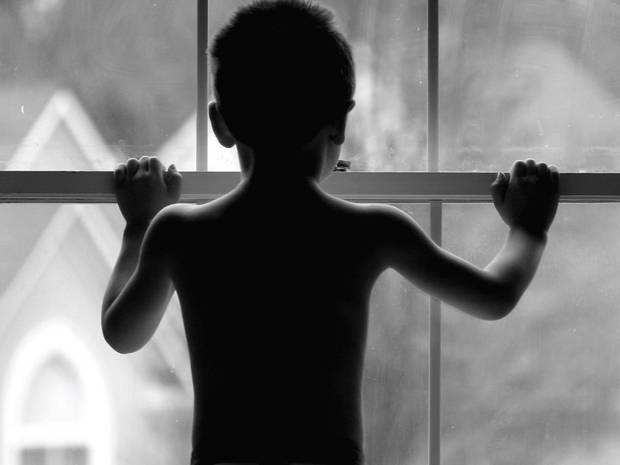 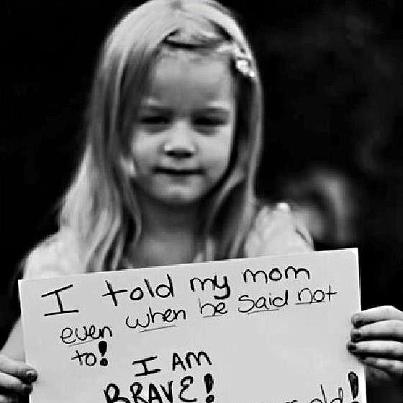 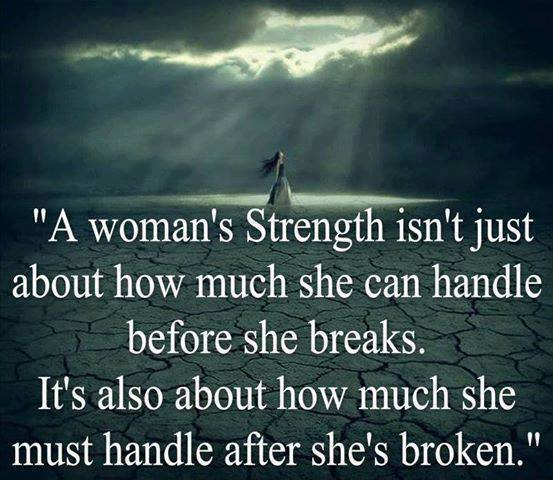 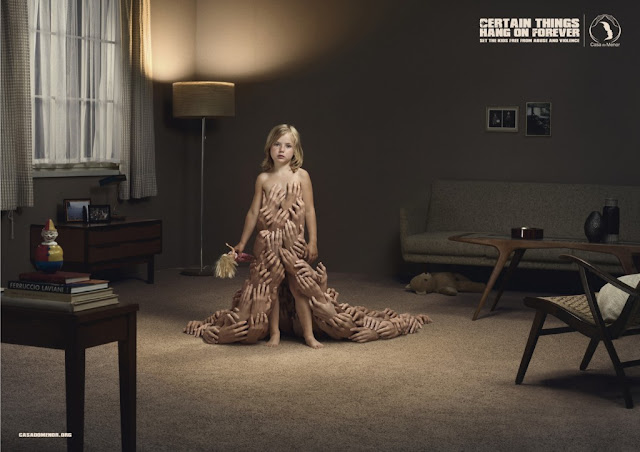 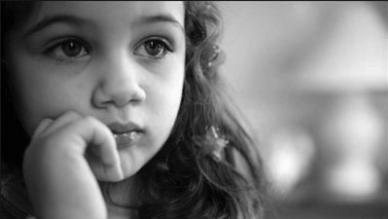 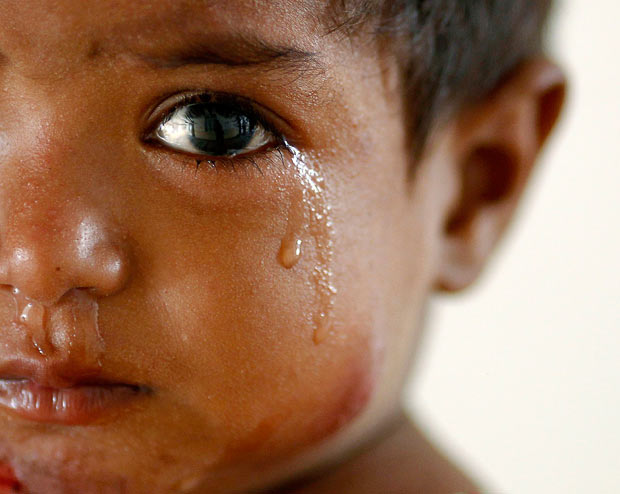 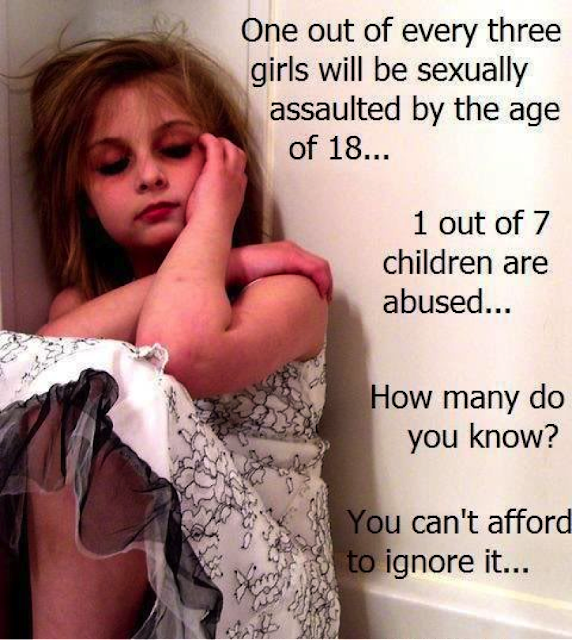 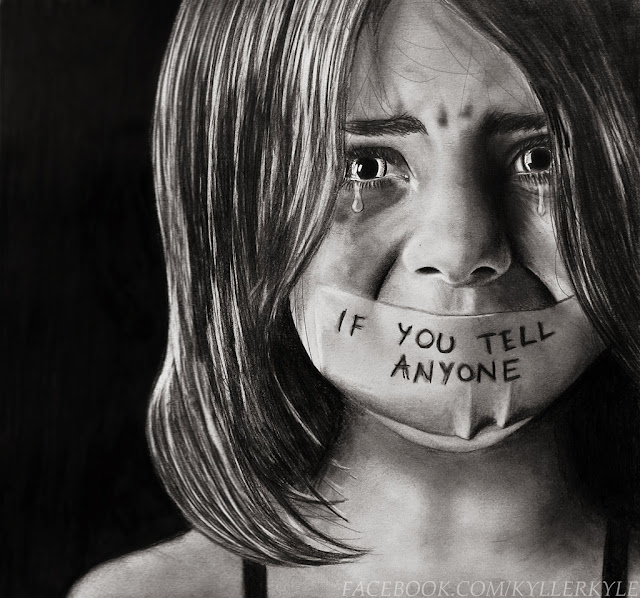 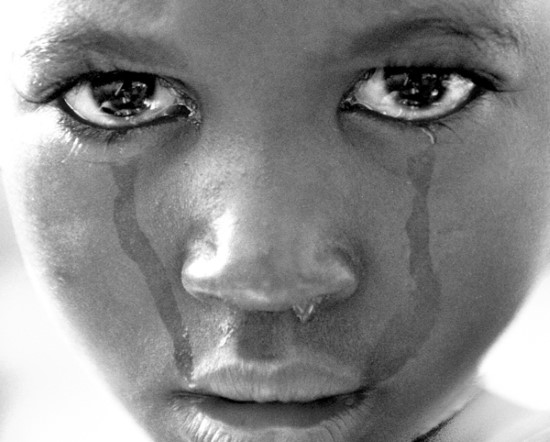 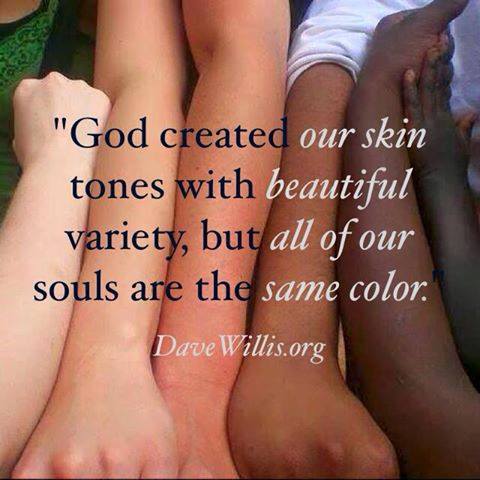 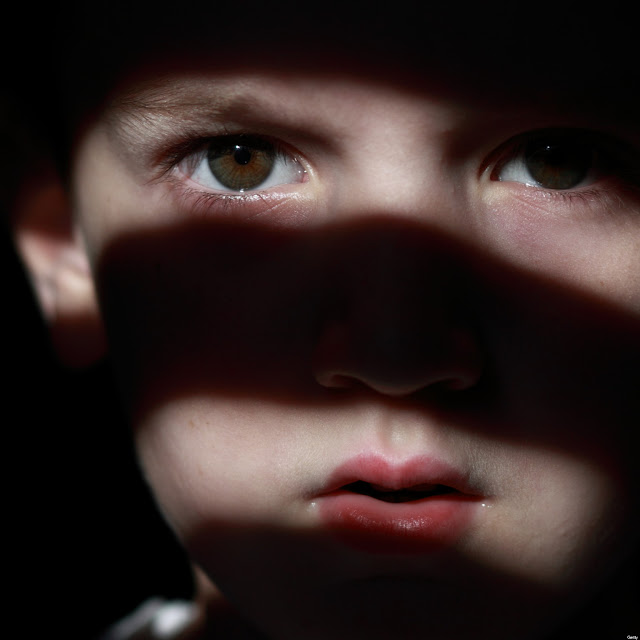 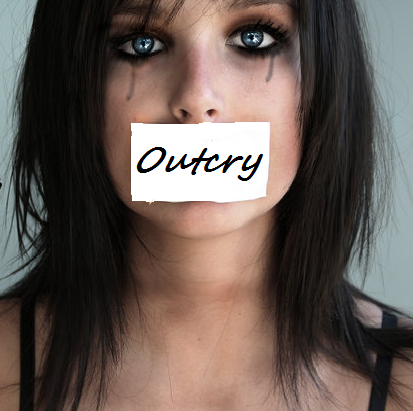 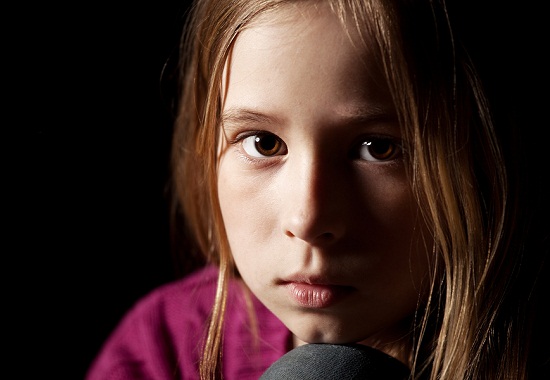