THE HOLLOW MEN
Mistah Kurtz—he dead.
A penny for the Old Guy
I
We are the hollow men
We are the stuffed men
Leaning together
Headpiece filled with straw. Alas!
Our dried voices, when
We whisper together
Are quiet and meaningless
As wind in dry grass
Or rats' feet over broken glass
In our dry cellar

Those who have crossed
With direct eyes, to death's other Kingdom
Remember us—if at all—not as lost
Violent souls, but only
As the hollow men
The stuffed men.

II
Eyes I dare not meet in dreams
In death's dream kingdom
These do not appear:
There, the eyes are
Sunlight on a broken column
There, is a tree swinging
And voices are
In the wind's singing
More distant and more solemn
Than a fading star.

Let me be no nearer
In death's dream kingdom
Let me also wear
Such deliberate disguises
Rat's coat, crowskin, crossed staves
In a field
Behaving as the wind behaves
No nearer—

Not that final meeting
In the twilight kingdom

III
This is the dead land
This is cactus land
Here the stone images
Are raised, here they receive
The supplication of a dead man's hand
Under the twinkle of a fading star.

Is it like this
In death's other kingdom
Waking alone
At the hour when we are
Trembling with tenderness
Lips that would kiss
Form prayers to broken stone.

Sightless, unless
The eyes reappear
As the perpetual star
Multifoliate rose
Of death's twilight kingdom
The hope only
Of empty men. 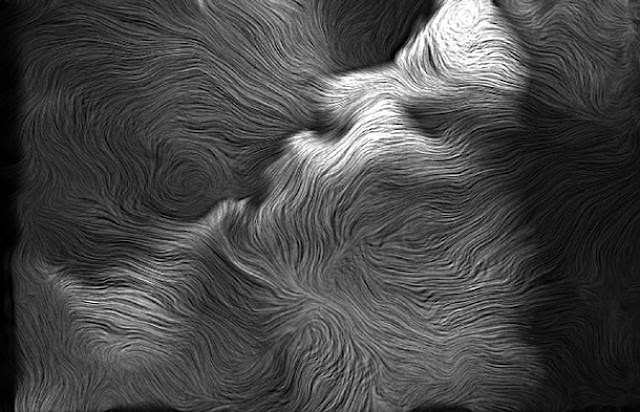 The poem begins with two epigraphs: one is a quotation from Joseph Conrad's Heart of Darkness remarking on the death of the doomed character Kurtz. The other is an expression used by English schoolchildren who want money to buy fireworks to celebrate Guy Fawkes Day. On this holiday, people burn straw effigies of Fawkes, who tried to blow up the British Parliament back in the 17th century.
The poem is narrated by one of the "Hollow Men."
In the first section of the poem, a bunch of Hollow Men are leaning together like scarecrows. Everything about them is as dry as the Sahara Desert, including their voices and their bodies. Everything they say and do is meaningless. They exist in a state like Hell, except they were too timid and cowardly to commit the violent acts that would have gained them access to Hell. They have not crossed over the River Styx to make it to either Heaven or Hell. The people who have crossed over remember these guys as "hollow men."
In the second section, one hollow man is afraid to look at people who made it to "death's dream kingdom" – either Heaven or Hell. The Hollow Men live in a world of broken symbols and images.
The third section of the poem describes the setting as barren and filled with cacti and stones. When the Hollow Men feel a desire to kiss someone, they are unable to. Instead, they say prayers to broken stones.
In the fourth section, the hollow man from Section 2 continues to describe his vacant, desolate surroundings, in which are no "eyes." The Hollow Men are afraid to look at people or to be looked at.
The fifth and final section begins with a nursery rhyme modeled on the song "Here we go 'round the mulberry bush," except instead of a mulberry bush the kiddies are circling a prickly pear cactus. The speaker describes how a "shadow" has paralyzed all of their activities, so they are unable to act, create, respond, or even exist. He tries quoting expressions that begin "Life is very long" and "For Thine is the Kingdom," but these, too, break off into fragments. In the final lines, the "Mulberry Bush" song turns into a song about the end of the world. You might expect the world to end with a huge, bright explosion, but for the Hollow Men, the world ends with a sad and quiet "whimper." Thomas Stearns Eliot was born in St. Louis, Missouri,  on September 26, 1888. He lived in St. Louis during the first eighteen years of his life and attended Harvard University. In 1910, he left the United States for the Sorbonne, having earned both undergraduate and masters degrees and having contributed several poems to the Harvard Advocate.
After a year in Paris, he returned to Harvard to pursue a doctorate in philosophy, but returned to Europe and settled in England in 1914. The following year, he married Vivienne Haigh-Wood and began working in London, first as a teacher, and later for Lloyd’s Bank.
It was in London that Eliot came under the influence of his contemporary Ezra Pound, who recognized his poetic genius at once, and assisted in the publication of his work in a number of magazines, most notably “The Love Song of J. Alfred Prufrock” in Poetry in 1915. His first book of poems, Prufrock and Other Observations, was published in 1917, and immediately established him as a leading poet of the avant-garde. With the publication of The Waste Land in 1922, now considered by many to be the single most influential poetic work of the twentieth century, Eliot’s reputation began to grow to nearly mythic proportions; by 1930, and for the next thirty years, he was the most dominant figure in poetry and literary criticism in the English-speaking world.
As a poet, he transmuted his affinity for the English metaphysical poets of the seventeenth century (most notably John Donne) and the nineteenth century French symbolist poets (including Baudelaire and Laforgue) into radical innovations in poetic technique and subject matter. His poems in many respects articulated the disillusionment of a younger post–World War I generation with the values and conventions—both literary and social—of the Victorian era. As a critic also, he had an enormous impact on contemporary literary taste, propounding views that, after his conversion to orthodox Christianity in the late thirties, were increasingly based in social and religious conservatism. His major later poetry collections include Ash Wednesday (1930) and Four Quartets (1943); his books of literary and social criticism include The Sacred Wood (1920), The Use of Poetry and the Use of Criticism (1933), After Strange Gods (1934), and Notes Towards the Definition of Culture (1940). Eliot was also an important playwright, whose verse dramas include Murder in the Cathedral, The Family Reunion, and The Cocktail Party.
He became a British citizen in 1927; long associated with the publishing house of Faber & Faber, he published many younger poets, and eventually became director of the firm. After a notoriously unhappy first marriage, Eliot separated from his first wife in 1933, and remarried Valerie Fletcher in 1956. T. S. Eliot received the Nobel Prize for Literature in 1948. He died in London on January 4, 1965. 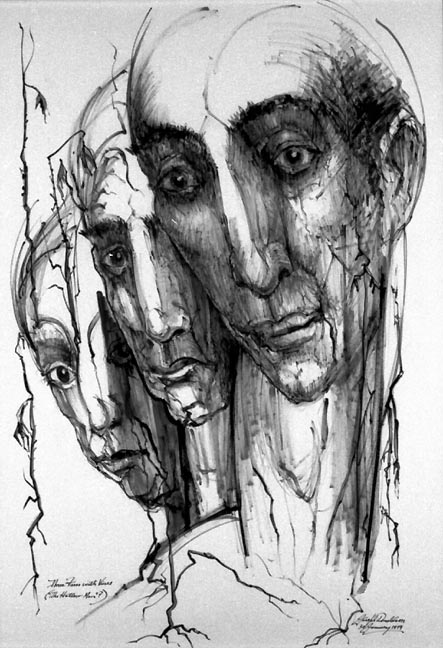