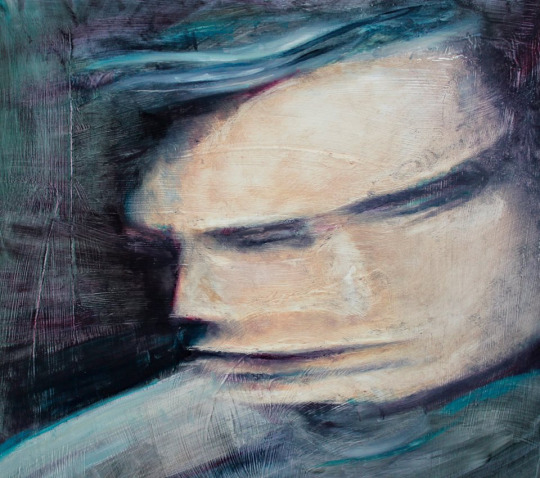 In his original notebook T.S. Eliot wrote a 38 line insertion within "The Love Song of J. Alfred Prufrock" titled "Prufrock's Pervigilium." The sub-title and 33 of the lines were later crossed out.

Shall I say, I have gone at dusk through narrow streets
And seen the smoke which rises from the pipes
Of lonely men in shirtsleeves, leaning out of windows.
And when the evening woke and stared into its blindness
I heard the children whimpering in corners
Where women took the air, standing in entries
Women, spilling out of corsets, stood in entries
Where the draughty gas-jet flickered
And the oil cloth curled up stairs.
And when the evening fought itself awake
And the world was peeling oranges and reading evening papers
And boys were smoking cigarettes, drifted helplessly together
In the fan of light spread out by the drugstore on the corner
Then I have gone at night through narrow streets,
Where evil houses leaning all together
Pointed a ribald finger at me in the darkness
Whispering all together, chuckled at me in the darkness.
And when the midnight turned and writhed in fever
I tossed the blankets back, to watch the darkness
Crawling among the papers on the table
It leapt to the floor and made a sudden hiss
And darted stealthily across the wall
Flattened itself upon the ceiling overhead
Stretched out its tentacles, prepared to leap
And when the dawn at length had realized itself
And turned with a sense of nausea, to see what it had stirred:
The eyes and feet of men -
I fumbled to the window to experience the world
And to hear my Madness singing, sitting on the kerbstone
[A blind old drunken man who sings and mutters,
With broken boot heels stained in many gutters]
And as he sang the world began to fall apart . . .
I should have been a pair of ragged claws
Scuttling across the floors of silent seas ...
- I have seen the darkness creep along the wall
I have heard my Madness chatter before day
I have seen the world roll up into a ball
Then suddenly dissolve and fall away.
From T.S. Eliot. Inventions of the March Hare: Poems 1909-17. Christopher Ricks Ed. London: Harcourt Barce, 1996. 43-4.